Eppie’s Race is Back On 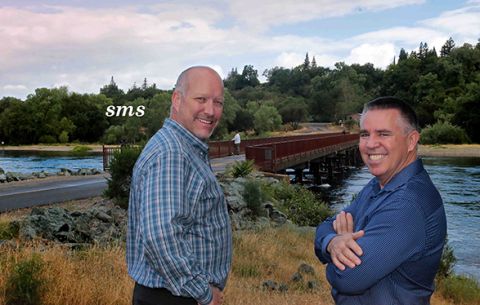 Co-founder of Innovations Health Systems – a network of heath-centered services and facilities in the Bay Area – McGuire (52) never actually competed in the annual event.

“I felt it was too great a tradition to let die,” he explains. “People came here from all over the USA to compete. Eppie’s was a boost for our national profile. We Sacramentans talked about the great race in the same conversation as Kings Basketball games and the California International Marathon. It helped charities. For all sorts of good reasons, keeping Eppie’s alive seemed critical.”

Now, thanks to McGuire, the world’s oldest triathlon has not quite ended, after all. Steered by the Sacramento businessman, the contest that the late Eppie Johnston began in 1974 has new branding. From the starting gun July 20, and for future summers, it will be run as The Great American Triathlon. The endurance epic will again follow the American River Parkway in foot, bicycle and kayak stages. While benefitting charities, it will endure as one of our area’s great summer events.

Capital City Road Management will continue to manage the race. Former volunteers have rallied, and more than 20 companies have agreed to co-sponsor. McGuire’s business partner, Carmichael resident Dan Niccum, is onboard for brand development.

The new race will continue restauranteur Eppie Johnston’s philanthropic drive that raised more than a million dollars for non-profits over 48 years. “Our fundraising for the American River Parkway Foundation and children’s health charities is important,” confirms McGuire. “We hope to write big checks for good causes. But above all, we want to maintain a community event that defines summer in Sacramento.”

The world’s oldest triathlon will set a cracking pace through the accustomed river stretches of Arcade, Carmichael, Fair Oaks and Rancho Cordova. Starting line is at William Pond Park. Athletes will follow a six-mile route to the Guy West Bridge near CSUS, and then grab bikes to pedal 12 miles to the beach below Sunrise Boulevard (Fair Oaks). There is no swimming stage; contestants will board kayaks, brave the San Juan Rapids and follow the river downstream to Rancho Cordova. Thousands of supporters, onlookers and volunteers traditionally cheer athletes through all stages. Après-race celebrations will include live music, food trucks and a beer garden beside the River Bend Park finish line.

Entry in the Great American Triathlon costs $40 for athletes 18 and under; $150 for adult competitors; junior relay is $110; adult relay is $225. Tandem water craft admission is $300. Contestants may use rented kayaks. For information, go to www.greatamericantriathlon.com