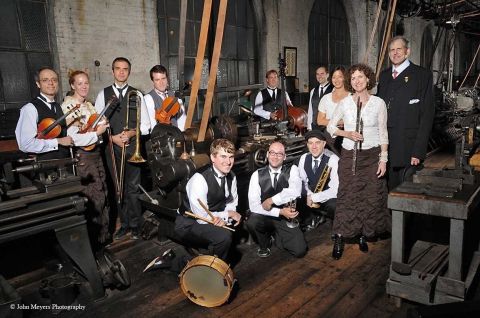 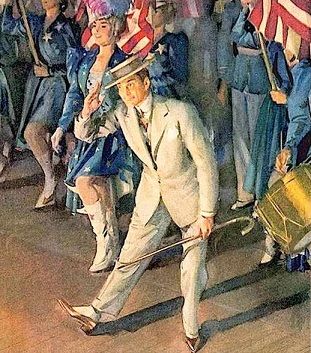 On Stage at the State Presenting Theatrical

AUBURN, CA (MPG) - For over a century, the name George M. Cohan has conjured the rollicking magic that is Broadway. As America’s beloved tunesmith and original “Song & Dance Man,” he was the father of modern musical theater.

You’re a Grand Old Rag, played from the showman’s original 1900s Broadway orchestrations, offers a stirring look at George M. Cohan’s amazing life and music – Give My Regards to Broadway, The Yankee Doodle Boy, Over There!, and all the rest. A tap-dancing bravura performance that brings audiences to their feet!

Now enjoying its 33nd season, The Paragon Ragtime Orchestra is the world’s only year-round, professional ensemble specializing in the authentic recreation of “America’s Original Music” – the sounds of early theater, “silent” cinema, and vintage dance.

PRO has acquired a considerable following both here and abroad through its radio programs on National Public Radio, New York Times' WQXR, and the BBC. Since 1989 more than 600,000,000 people have enjoyed the Orchestra’s recorded area music on Main Street, U.S.A. at Disneyland, Disney World, and Disneyland Paris.